Ali’ s track record includes a great variety of contentious and non-contentious matters primarily in aviation, shipping, finance and insurance. He represented insurers, airlines and other entities in air crash litigation and settlements, commercial disputes, regulatory matters and a host of other legal matters concerning aviation. He advised and represented lessors and financiers in aircraft transactions, and has carried out aircraft and ship repossessions. He holds a commercial pilot license with multi-engine and instrument ratings. He is also a court accredited pilot/lawyer expert witness on civil aviation matters, including aviation incidents and accidents. He is a member of the Royal Aeronautical Society.

Ali Kartal got his law degree at the Ankara University Law School. He completed his apprenticeship at the AYBAY & AYBAY Law Firm and got his license for practising law in 1987 in Istanbul. He then started working for the PEKIN & PEKIN Law Firm, gaining experience in the financial services and banking sector. In 1989 he joined IBM Turkey as inhouse counsel. In the meantime, his love of aviation and aircraft urged him to learn how to fly, and he got his commercial pilot license in the USA in 1994.

Later in 1994 he joined AYBAY & AYBAY again, a firm well known at the time for shipping and insurance. His experience in aviation did not go unnoticed, and the firm soon started getting assignments from the aviation sector. Ali was the managing partner of the firm between 2002 and 2016. Upon dissolution of AYBAY & AYBAY in 2016, he started his own firm.

The following is a small sampler of cases in which Ali was involved as a lawyer or expert witness:

Here is Ali's own account of how he ended up specialising in aviation law:

"I come from a family of lawyers. My mom used to work for Turkish Airlines in the 60s and 70s, when airline employees and their families could fly for free. Up to my early teens, I logged a lot of jump seat time in the cockpits of Vickers Viscounts, Fokker F27s, DC-9s and B727s. That firmly planted the aviation bug in me. After qualifying as a lawyer I effortlessly drifted towards work in aviation. The aviation bug never left me in peace, so I took time off from my career to obtain commercial pilot licences. Since 1994, I work mostly on aviation related cases, ranging from minor and major accidents to repossession of airliners. I love my line of work. If your opportunity or problem has an aircraft in it, I can save you a lot of time and trouble" 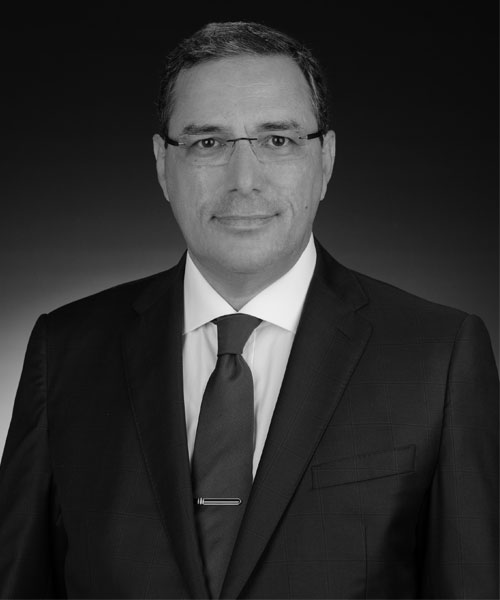 Find out more About Us and the type of work that we do for our clients.

We can help with:

We use a range of cookies to improve your experience of our site. Find out more.