Dispute resolution lawyers are the first counselors you should consult in case of conflict. We recognize that it is essential that legal measures and measures have been taken before the dispute arises so that our clients can avoid unnecessary, costly, and time-consuming cases. Therefore, we aim to prevent possible conflicts with legal methods that deter any possible disputes before any disputes occur, while there is no dispute yet. As dispute resolution lawyers, we are aware of the fact that it is necessary to follow closely domestic and foreign legal resources, legislation, the case-law of the Court of Cassation, European Court of Justice decisions and comparative law in order to represent our clients effectively and proactively in case proceedings. 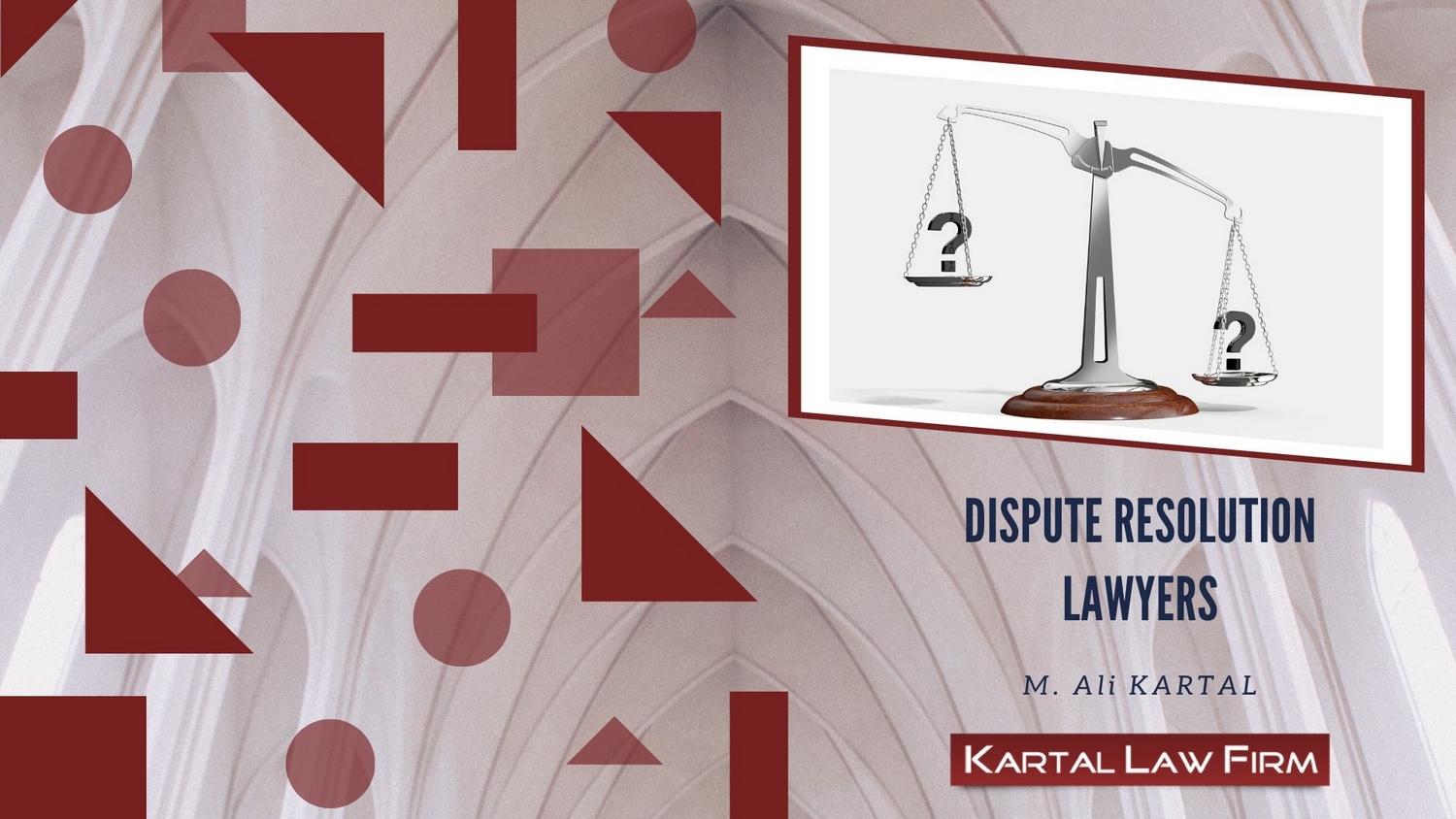 DISPUTE RESOLUTION LAWYERS
Dispute resolution lawyers help to resolve the issue of dispute between two parties who have a dispute for different reasons. The development of technology and the fact that the internet is involved in many more areas of life has enabled communication to be done much more actively. As communication between people increased, so did the number of conflicts. This caused legal systems to become too busy. Dispute resolution lawyers, developed to resolve disputes without going to court, help to resolve legal proceedings much faster. All our lawyers active role for the settlement of disputes in Turkey in disputes with the services they offer, offers unique options for those who want to adopt an alternative route to the court. Dispute resolution that helps reduce the workload in the judiciary, also helps to complete transactions in less time.

Faster Transactions with Judicial Bodies
Dispute resolution lawyers, who enable the parties to settle their disputes without going to court, help to resolve disputes with optional qualifications alongside the judicial organs of the state. In the system that produces alternative solutions for the judgments in state courts, it is aimed to end the disputes before the trial process begins. This allows the parties to legally resolve their disputes by saving both time and budget. There is no winner or losing party in the system, which allows easier and simpler resolution of disputes between the parties within the framework of the judiciary. In this system, it is ensured that both sides leave by being satisfied with the agreement and showing fairness. This system, which was born in the Anglo-Saxon legal system, was later used in European countries. This system, which has been implemented in Turkish law in recent years, has both reduced the burden of the courts and enabled the settlement of disputes in a shorter and easier time. Among the systems used in areas such as collective labor law, tax law, attorney law, and criminal law, the most common ones are mediation, conciliation and arbitration.

Settlement of the Parties with the Mediator
It is possible for people who have specialized training to resolve disputes between the parties as mediators. The mediator acts as an independent person from both sides. The mediation institution, which is preferred as a precautionary dispute resolution method, is a structure that is carried out extra-judicially and is also supervised by judicial authorities. Within this structure, the state waives from the criminal investigation and prosecution. If the social charter is broken as a result of the crime, one of the parties must apply for the mediation institution, which is defined as an institution that will enable it to be re-established through peace, to become functional. With a law published in 2017, mediation became mandatory in labor law. In labor law proceedings, the parties first apply to the mediator and go to the solution of the problems. If the mediator fails to reach an agreement, the process is brought to court. With dispute resolution lawyers, who serve in the resolution of disputes that occur in labor law, we follow every step of the judicial process and represent you in your case in the best way possible.

Mediation System in Labor Law
With the mediation system, which became law in 2017 and started to be implemented in 2018, making it mandatory in labor law, judicial processes can be resolved much faster and simpler. In collective bargaining agreements, if the employee or employer is in a creditor position and a lawsuit is filed for compensation and reinstatement, it is obligatory to apply to the mediator. This condition is not required for material and moral damages arising from work accidents and occupational diseases within the scope of labor law. In short, the mediator should be preferred first for compensation and reemployment claims between the employee and the employer. If the parties cannot reach an agreement with the mediator, the process is brought to the judiciary for litigation. In case of failure to reach an agreement in mediation, the plaintiff must obtain the report that the agreement could not be reached from the mediator. In addition to the report, a petition approved by the mediator must be included in the case file. In the event that the judicial process is initiated without providing the required documents, an invitation is sent to the plaintiff by the court. In this invitation, it is stated that if the mandatory documents are not forwarded to the relevant authority, the case will be duly rejected. The period after the filing process for submission of documents. It's been a week.

Applying to a Mediator in Commercial Disputes
In commercial disputes, if the money is the subject of the case, the plaintiff must first go to the mediator. The plaintiff's application to the mediator for claims and compensation, which is the payment of the money, before the lawsuit allows the transactions to be carried out more quickly and simply. If the parties cannot agree at the mediator, they must attach a copy of the dispute approved by the mediator or the original report to the petition. If the report is not submitted to the court within a week, the case is duly rejected. In order to avoid such situations, dispute resolution lawyers, who follow all legal processes on behalf of their clients, continue to work to get you out of the process with the fastest and best decision. The institution of mediation, which has been made compulsory for disputes regarding receivables and compensation since 2019, has a very important place in labor law. Another preferred legal process for the resolution of disputes is the arbitration process. Arbitration courts, which help to resolve disputes through a special body, outside the state jurisdiction, are a structure consisting of one or three arbitrators. Arbitration courts, which ensure the implementation of the legal rules determined by the parties, cover a process that depends on the mutual agreement of the parties. It is possible for the parties to request the dispute process to be evaluated by the arbitration board. As a result of the written agreement signed by mutual agreement, it is reached by the arbitration agreement that the process will be carried out by the arbitration board. 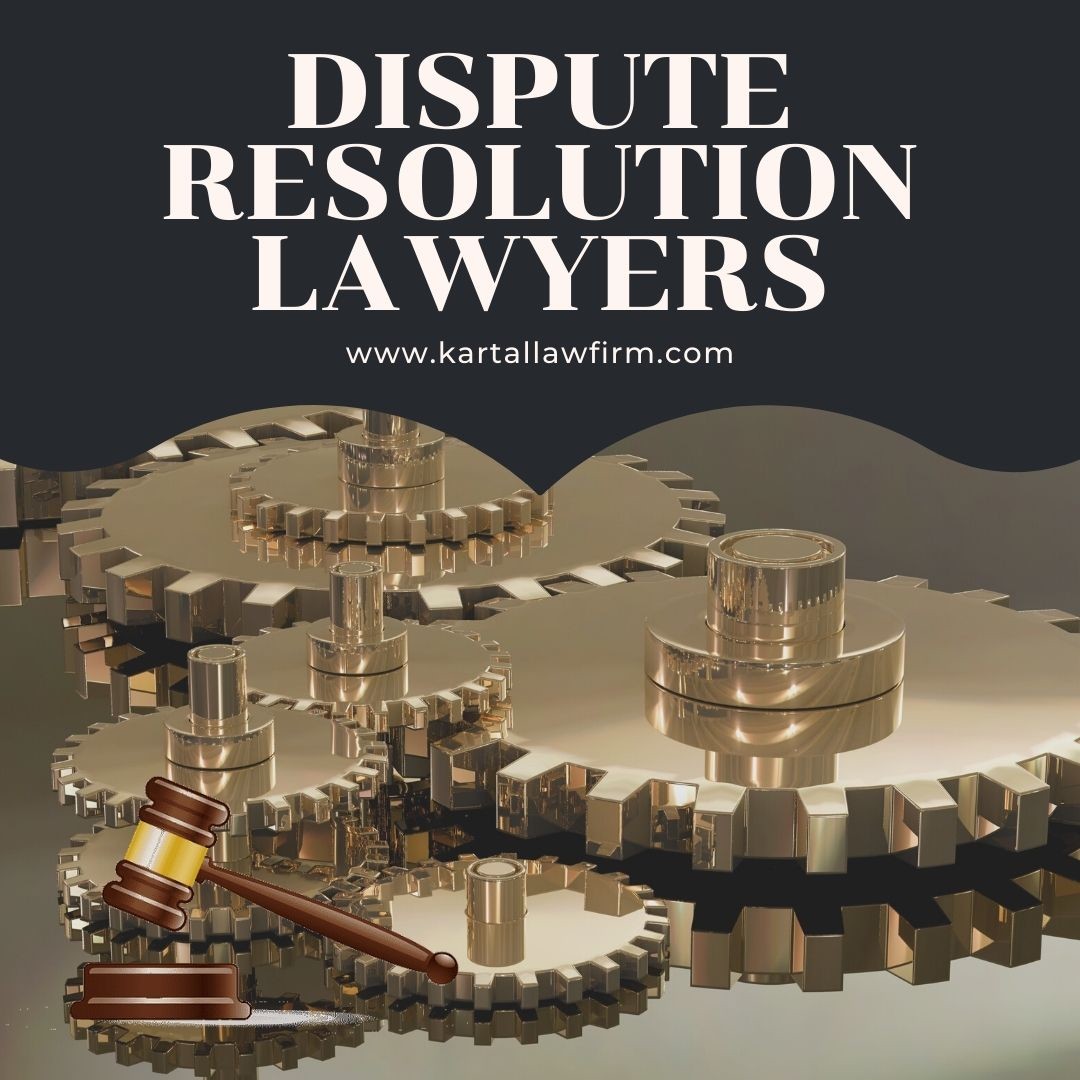 Dispute Resolution Through Arbitration
Today, the arbitration process, which is mostly used in the resolution of international disputes, is a structuring that takes into account the risks in international trade. Legal regulations in the countries where arbitration is subject may determine the area of application of the board. As long as their arbitration decisions from judicial authorities shorter installation is a reliable centers in Turkey. Those who want to apply to arbitration centers such as ISTAC, TOBB, Istanbul Chamber of Commerce can complete their transactions in a very short time by benefiting from the expertise of our lawyers. With arbitration, which is among the alternative dispute solutions, it is possible for the rightful party to collect the receivable by settling the disputes that are subject to international trade in a short time. You can protect the interests of your company with the arbitration structure, which is among the most effective and peaceful methods of protecting the law.

The Effect of Mediators in the Resolution of Legal Disputes
Mediators, who are preferred in the resolution of legal disputes, help to resolve the judicial processes in a much shorter time and faster. This process, which occurs as a result of the problems of long duration of local court activities and the frequent occupation of the judicial authorities, enables the parties to resolve their disputes in a short time. The system, which is applied more easily and simply with the new regulations, has been determined as a prerequisite in many cases. In this way, before the litigation process started, the disputes were resolved with the agreement of the parties. The dispute settlement with successful results also helped to establish an atmosphere of trust in international trade. International disputes resolved through arbitration centers are frequently used by parties under labor law as a successful alternative today. Systems developed as required by capital movements, globalization and new technology movements continue to fulfill their functions successfully. 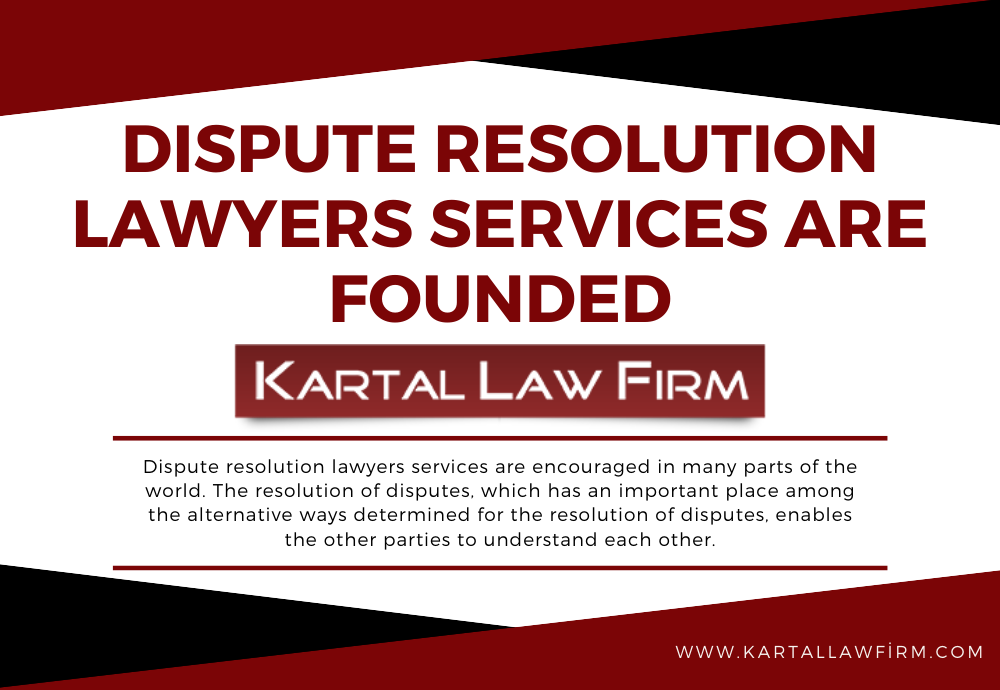 DISPUTE RESOLUTION LAWYERS SERVICES ARE FOUNDED
Dispute resolution lawyers services are encouraged in many parts of the world. The resolution of disputes, which has an important place among the alternative ways determined for the resolution of disputes, enables the other parties to understand each other. Dispute resolution lawyers services, which offer communication facilitating factors in between, are very important in this system, which allows mutual parties to produce their own solutions. The services provided by lawyers in an objective, independent and impartial manner are effective in resolving legal disputes.

Neutral Third Party
Mediators do not offer a solution to the mutual disputes of the parties. It only helps the parties to establish a healthy communication by bringing them together. In the mediation system, which is not actually a judicial activity, the period of limitation and limitation of rights does not work. The system, which is very advantageous with these features, also allows the parties to apply to the local court judgment in case of disagreement. In this system, where issues related to public order are excluded from the scope, healthy and fast results can be obtained with dispute resolution lawyers services.

Protection of Privacy Rights
Protection of confidentiality is essential for lawyers serving in mediation procedures. Issues such as criminal law and domestic violence are not included in these services where the person can save as they wish. The person in charge of those who want to receive mediation service explains the stages, basic principles and results of mediation. Lawyers, who show the expected diligence of themselves, explain the issues that are likely to cast doubt on impartiality one by one. Those who wish can directly choose the mediator without filing a lawsuit. Those who wish can also benefit from this service while litigation and arbitration proceedings. These people, who undertake the duty of moderators with the selection of the parties, take part in order to reduce the burden of the courts and to ensure that disputes are resolved faster. The processes that result in the minutes issued are processed. In order for the result to become a final court decision, annotation is requested from the civil court of peace where the mediator works.

Find out more About Us and the type of work that we do for our clients.

We can help with:

We use a range of cookies to improve your experience of our site. Find out more.